Players and supporters of Eccles Borough Band were celebrating this weekend after momentous competition success at the Butlin’s Mineworkers Open Brass Band Festival. The band received its greatest success to date in the competition, taking £2000 in prize money.

Playing the wonderful contest piece ‘Phoenix’ by David Holling, Eccles Borough Band competed against some of the finest brass bands in the Second Section to take first place and lift the Champion’s Trophy.

This result follows a string of competition success over the last 12 months and is a product of several years of consistent progress for the band, which have seen it promoted from the Fourth Division in 2009 to its current position at the top of the Second Section.

Speaking after the competition, the band’s musical director Mareika Gray said, “I am very proud of my band today. I asked so much of them and they delivered it beautifully. Thank you not only to the players, but also to the dedicated and hard working team of supporters, without whom we couldn’t achieve these fantastic results.”

The band now focus their attention on 1st March and their appearance in the regional heats of the National Brass Band Championships where they hope to continue their competition success and win an invite to represent the North West in the national finals later in the year.

Eccles Borough went one better than 2014, as they claimed the 2015 Second Section title under the baton of Mareika Gray.

David Hollings’ ‘Phoenix’ set work certainly proved engaging as well as demanding for the thirteen well matched bands, with a host of colourful performances for David Horsfield and Alwyn Green to enjoy in the box.

However, it was the added precision, ensemble balance and well controlled excitement from Eccles that eventually claimed the £2,000 first prize, taking the honours from a brace of fine renditions from rivals Haydock and Colchester.

“They are such a hard working band – even on a day off,” Eccles MD Marieka Gray later told 4BR.

“We have almost had half a band of changes in the past year, but this group has real belief in themselves and are happy working hard and being together. Even when they had a day off they were on social media talking about the test piece and how they wanted to keep improving.”

Iwan Fox from 4barsrest speaks to Mareika Gray after the Butlins Contest.

Iwan Fox from 4barsrest speaks to all four section winners on the Saturday of the Butlins Contest including our very own Val Davies. 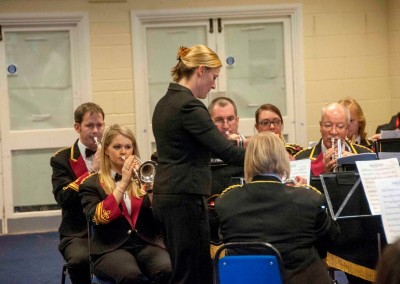 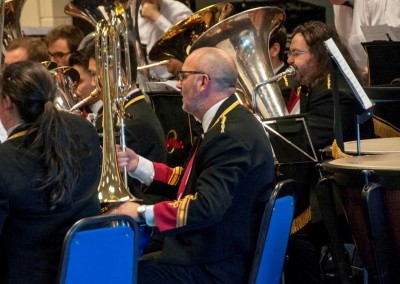 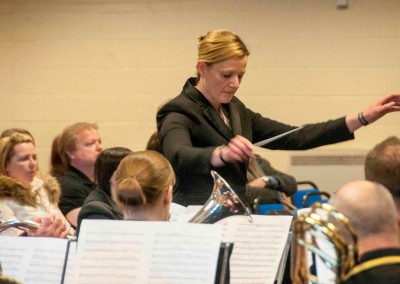 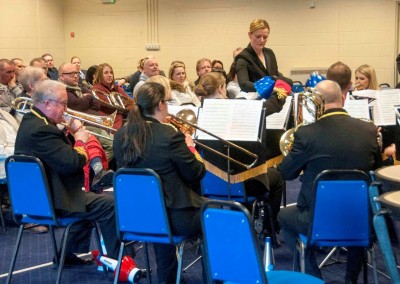 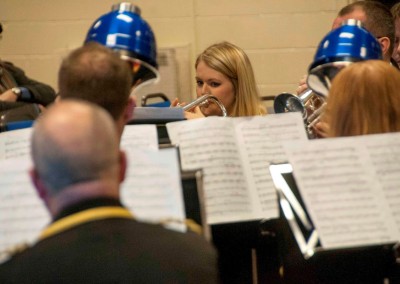 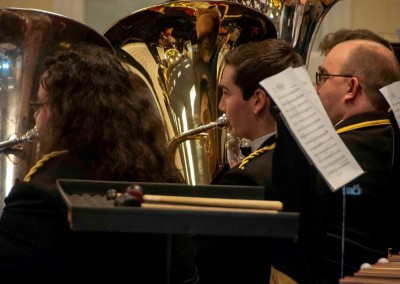 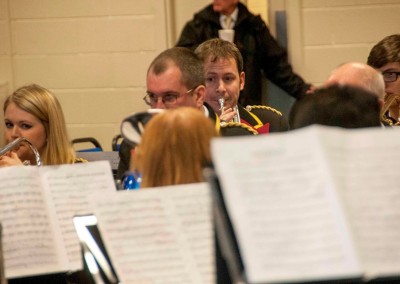 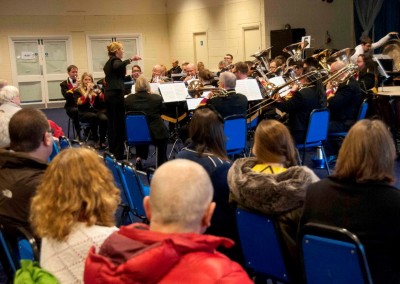 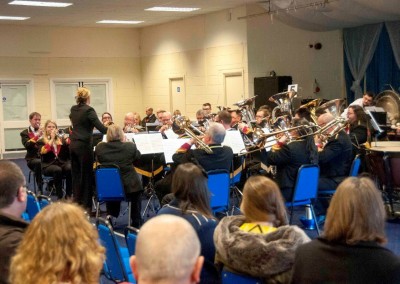 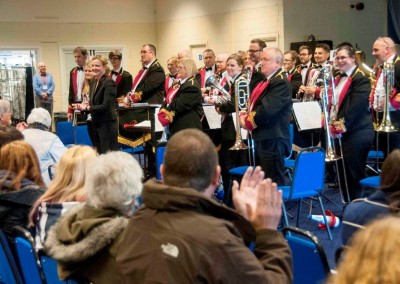 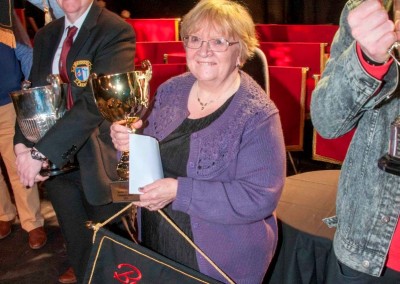 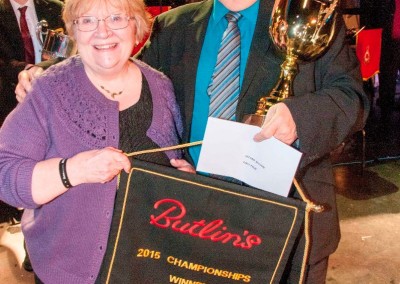