Eccles Borough Band added another trophy to the shelf recently, as they achieved a remarkable second place position at this year’s Second Section National Finals in Cheltenham. As the band have already gained promotion to the First Section, as of January 2016, this fantastic placing was an added and well-deserved bonus. As the worthy band that just managed beat us to first place was the Welsh band Ebbw Valley, this also means that we are currently the highest ranked English Second Section band.

The band played exceptionally well, in particular our Principal Cornet player Debbie Fry and our Solo Horn player Helen Moore, who were both commended on their solo performances on social media following the contest. Helen was named as ‘Star Player’ on the 4barsrest live website commentary during the afternoon. The band received praise for the ‘colour and drama’ that they brought to this emotive and action-packed piece and the fine solo work that took place around the stand, as well as praise for the fantastic direction from our MD, Mareika Gray. We walked away from the stage with a performance to be proud of and a trophy in our hands, as proof that the hard work and dedication of all concerned had, most certainly, paid off.

With the National Finals behind us, we look forward to our next contest, which is the Wychavon Entertainment Contest on Saturday 31st October and also to 2016, when we tackle Edward Gregson’s ‘Essay’ at our debut in the First Section Regional Championships . Our dedicated conductor, Mareika Gray stated that she is “incredibly happy with the result and that we now look onwards, with enthusiasm, to the challenges that the First Section will bring in the coming year.” 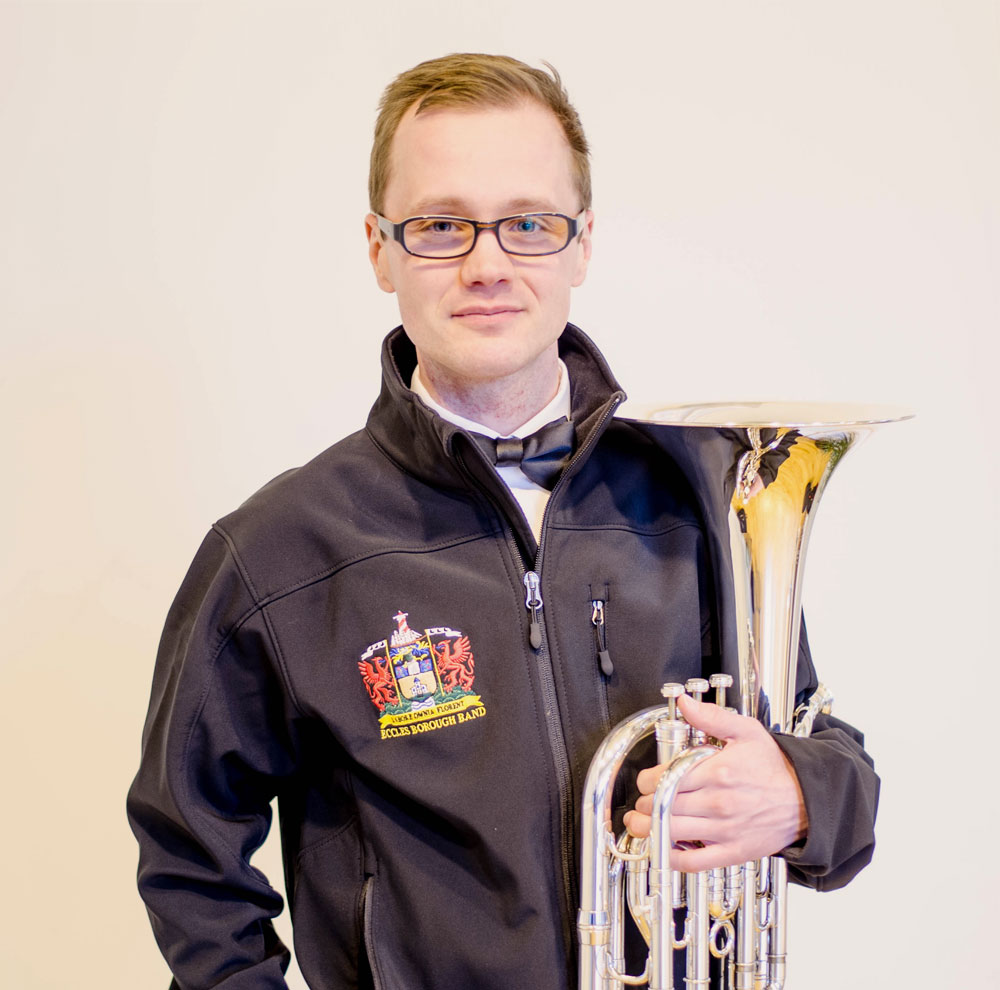 The performance at Cheltenham was to be the last with the band for our Solo Baritone player, Gareth Nelson. The band would like to take this opportunity to wish Gareth good luck, as he leaves the band for pastures new.

Gareth stated “My heartfelt thanks go to the players and supporters of Eccles Borough Band for all of the happy memories formed over the last 18 months, both on and off stage. I have enjoyed my time with Eccles, and made some great friends along the way. I am now looking forward to the new challenges which lay ahead and I wish everyone at Eccles Borough Band all the best for the future; I’m sure our paths will cross again. One last time, #EFL”.

The band is grateful for all of Gareth’s commitment and wish him every success in the future.

Mysterious opening has lots to admire and send confidence through the ranks. The attention to detail is good stuff, not being pushed too much. Mareika Gray is letting her band play and they’re responding here.

The quality playing around the stand continues, the energy, drive & atmosphere is so vivid. The MD brings out the music to the fore without over-cooking the musical pot.

There are some tricky moments (7/8 Allegro for example) but they close well at the end.
Overall:

A fine reading from Mareika Gray & Eccles Band that was full of colour and drama. There was certainly lots to admire through but a touch of caution & focus in the slower section could influence their final place today.

Star Player: Helen Moore on horn, one of many fine individuals today.

Listen to our performance